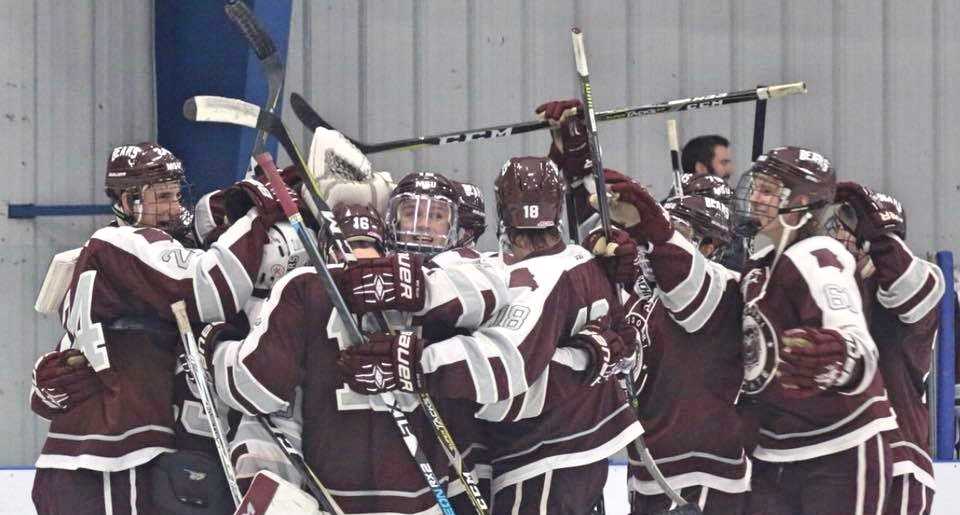 The Bambinos Cafe family goes way beyond our restaurant crew. We’re passionate about staying involved in our community, and our proximity to Missouri State University keeps us connected to Missouri State Bears of all ages. You might not know this about us, but we’re also big hockey fans—which is why our restaurant in Springfield Missouri sponsors the Missouri State Ice Bears, MSU’s ice hockey team currently ranked sixth in the country. We sat down with Ice Bears Division I Head Coach Jeremy Law to talk about this season.

B: It seems like you’re doing pretty well this season, too.

J.L.: We’re ranked sixth in the country right now, so we’re off to a really good start. This year, our goal is to win Nationals, and I really believe we have the team to do it. We have a really strong, committed team—we have 21 players returning from last year, which is really strong. Originally, we set a goal of being in the top 10 teams in the country. Now, we’d like to win the Western Collegiate Hockey League (WCHL) division.

B: Those are some serious goals. How do your players prepare to play hard?

J.L. We practice three times a week, and we set up a really tough schedule that has us playing the top teams in the country. This year, we’re also playing more games than any other team, which keeps the team performing at the top of their game.

B: How do your players fuel up before a tough game?

J.L. The Bambinos crew has been awesome—we have a lot of guys that eat pre-game meals at Bambinos. I trust my players to know what they need to eat to perform well. That usually involves carb-loading, which is huge when you have a big game coming up.

B: What’s your favorite dish at Bambinos?

J.L.: I’ve probably eaten at Bambinos close to 30 times, and I get the same thing every single time: The Fredo. [Bambinos owner Andy Faucett] tells me I need to try something different, but I stick with what I like.

B: How can locals support the Ice Bears?

J.L.: Come out to a game! People can buy tickets online at Missouri State Tix, or they can buy them at the ice park on the day of a game. The ticket prices are really reasonable at $9 for reserved seating and $5 with a student I.D. This is also our first year offering beer sales at games, which tends to bring people out. We’re also hosting a Star Wars Tribute Night this Saturday, November 3. It’s organized by a management class at Missouri State, and we’re doing a costume contest, auctioning off jerseys—a whole lot of fun things. It’s during our game against Colorado State, which will be a great one to watch.

Want to support the Ice Bears? Head to Mediacom Ice Park on Saturday, November 3 for Star Wars Tribute Night. Before the game, be sure to stop by our Battlefield location or our Delmar restaurant in Springfield Missouri for dinner. If you really want to make Coach Law proud, try The Fredo. Check out our full Springfield restaurant menu online.